Amersfoort, the Netherlands, November 26th – As part of Two Tribes’ recently launched indie-publishing initiative, Two Tribes and the Iconfactory are proud to announce the release of highly addictive puzzle game Frenzic for the Nintendo DSiWare™ service. For just 200 Nintendo DSi Points™, Frenzic is now available in Europe, with an American release following on November 29th 2010.

Frenzic is a unique puzzle game that dazzles the eye, teases the brain and keeps you coming back for more! It takes only minutes to learn, but months to master as you devise new, impressive play strategies to push your brain to its limit. While playing Frenzic, you will find yourself in a hectic race that tests both your mind and reflexes. You can challenge your personal best and climb through seven levels of Devotion from Newbie all the way to Frenzic Master. There can only be one and that one could be you!

“DodoGo! Challenge is a Nintendo DSi stylus touch based game designed exclusively for the Nintendo DSi™ that is full of surprises and bonus levels”, said Laurent Lichnewsky, Managing Director of Neko Entertainment, “Whether you’re a casual player or an experienced gamer, DodoGo Challenge will keep you entertained for hours on end”.

The story of DodoGo! Challenge begins in the Cretaceous period on Domo Island where the survival of the Dodo is threatened by a tidal wave that has swept away the inhabitants home, leaving their eggs treacherously scattered across a desolate rock in the middle ocean.

Featuring nearly 100 captivating missions, players using their Nintendo DSi stylus to guide eggs back to their nest through a range of inhospitable environments whilst encountering predators, obstacles and pitfalls along the way. Players are armed with a toolbox and their own creativity as they manage the environment to lead the Dodo eggs to safety undamaged. Players progress through levels interacting with their environment to progress by digging, filling, sawing, scraping and cutting.

DodoGo! Challenge is rated PEGI 3 in Europe and is now available on the Nintendo DSi Shop priced at 500 Nintendo DSi Points. 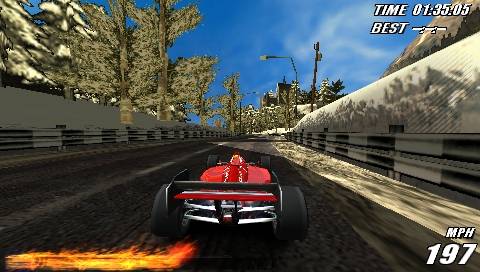